These Are Not Kim And Diddy's Twin Girls 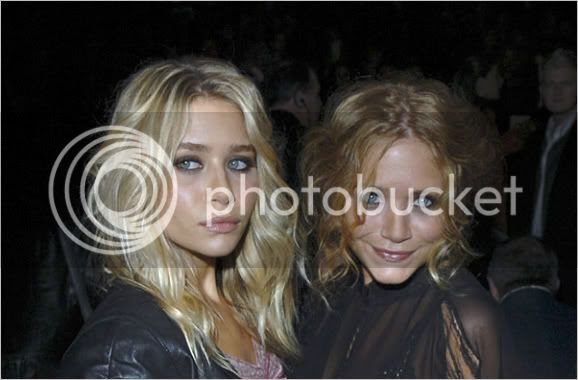 But since I was poppin' shit about Papa Mathew's killer business techniques earlier today I decided to use their side eyes to kombat the evil karma that will undoubtedly plague this site. Get thee behind Satan!

YBF has first look at D'Liah Star and Jesse James. Check it out!

Word is Diddy initially wanted $2 million for the flicks but settled for a six figure sum. Sean, the babies are beautiful but let's be serious. The hype surrounding them was not anywhere near the media circus that was (and still is) Suri and Shiloh.

Now take that cash and buy your mother a new nylon wig.


CoCo And Ice-T Set To Dish Out Love Advice 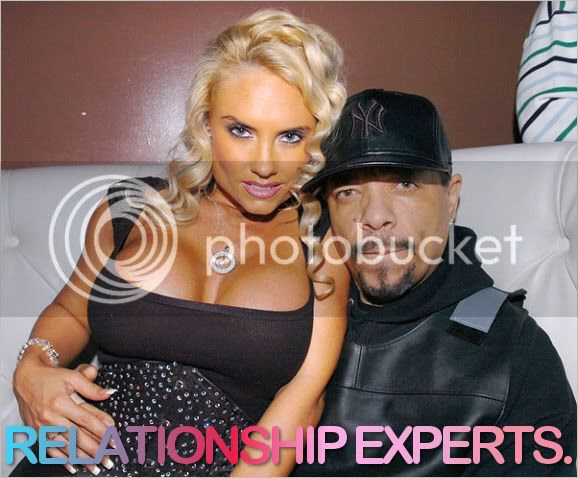 Ice-T and his wife, model Nicole (CoCo) Austin, are ready to dole out relationship advice. "Me and Ice are currently writing a book about creating and maintaining a successful relationship," CoCo told us yesterday. "We have had great success in balancing our careers and private lives, and we would like to share some of that knowledge with others who are in need of guidance and/or inspiration." I know I've always wondered how CoCo balances. (source)

This news comes too little too late for me. My old folks got divorced for the second time (yes, second) last year. After 25 years of on and off marital bliss and bullshit their relationship could've been salvaged by my Mom taking a trip down to Fredrick's of Hollywood.

I try to be diplomatic when it comes to the video chicks and aspiring models out there since I do respect their hustle to a certain extent. But um, Gloria Velez, WTF? If someone called me a hoe the last thing I would do is appear in the video co-signing the shit. Bitch really didn't get far. 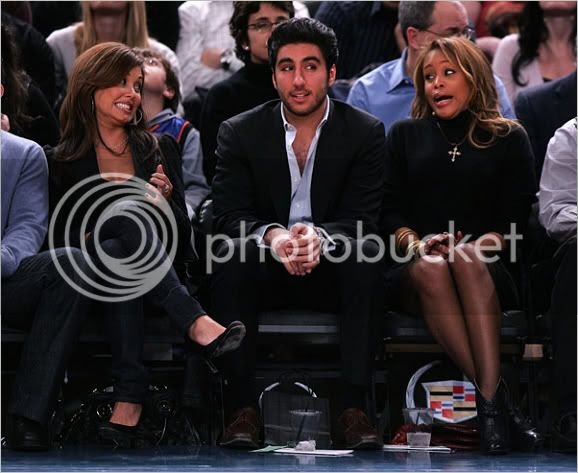 Vanessa Minillo (who attended the game with one of my YT boyfriends, Nick Lachey) and Eve are up to no good in this picture. Heaven only know what they are actually discussing.

The guy in the middle is rumored to be Eve's new love interest. Hope she has better luck with him then her last relationship with the King of Zumunda. 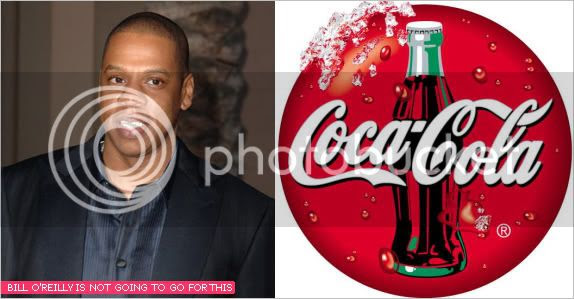 Jay-Z got it for cheap, ya'll.

The 99 Problems star's Rocawear firm will design the new Cherry Coke can and the product's TVcommercials, and Jay-Z will appear at its 7 February (07) relaunch at New York Fashion Week.

Rocawear's Jameel Spencer says, "Besides just recording, he's making TV commercials and campaigns for brands... who is better than Coke? They're the biggest. His role is helping brands not get it wrong the way McDonald's did with African-Americans rapping about French fries. There's a reassurance that they won't appear like an out-of-touch uncle trying to act cool." (

Jameel Spencer, come to Jesus. You and I both know that there isn't shit appealing about a camel quenching his thirst with Cherry Coke.

Times like this I wish the old Roc-A-Fella crew was still hanging tough like New Kids on the Block. Could you imagine Beanie Sigel holding a gun to some kid's head telling him "he better get down or lay down" when it came to this Cherry Coke game? It's real in these streets son!
POSTED BY FRESH @
8:37 AM

Last night while I was flipping back and forth between 'To Catch A Predator' (that's some must see TV for your ass) and 'American Idol' I ran across this commerical for a film featuring Billy Dee Williams, Gabrielle Union, Hill Harper and Zoe Saldana called 'Constellation.'
Instead of watching LisaRaye and Bobby Brown's [1] dynamic on screen chemistry in 'Gang of Roses' on BET this Friday night check this film out. If you don't Billy Dee is going to pout a nice cold Colt 45 over your dome.
[1] Bobby's character name in the movie is Left Eye Watkins. I'm surprised the director didn't try to incorporate Chilli's name in the mix.
POSTED BY FRESH @
7:53 AM

Another day, another dollar, another D-List celebrity sex tape released to the internet.

Move over Dustin Diamond, former co-owner of The Source Ray "Benzino" Scott is trying to take your spot. While I will give Zino points for his, ahem, ass munching technique I am going to have to deduct a few from his total score since there is no man meat any where to been seen.

Where's the beef? Shout out to the homie Miss Info for dropping this "jewel."

And in other penis related news, check out what 'Stomp The Yard' star Brian J. White is working with over at Rhymes With Snitch. This is also NSFW so click at your own risk.

// NSFW (Not Safe For Work) // Warning: Video may dry out your vagina to excruciating levels or make your penis permanently limp.