As promised last week, the Brown clan decides to venture off into the wilderness this week by going on a nice little camping trip. It started off at first as a males only type of party which included Bobby, Bobby Jr., Tommy, and Pops (I'll talk about his nutty ass more later). 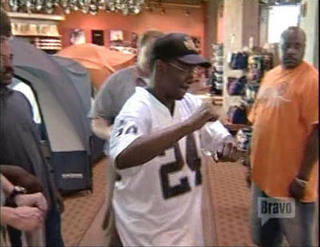 - The episode gets off to a familiar start as Bobby decides to go shopping for shit he absolutely does not need. Let me also be clear: Bobby loves his guns. I couldn't believe my eyes went his nigga started to pick out all types of crazy heat. That shit has got to be illegal. I mean, doesn't Mr. Brown have a wrap sheets long as Beyonce's weave?
- Fast forward to later on that night. The guys camp around the fire and chill out basically. Bobby enjoys a few hot dogs that may prove themselves to be lethal later. 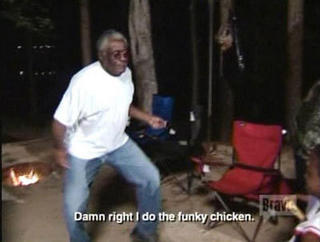 - Then Pop Brown shows us where exactly Bobby got his dancing skills from. Yo, I think he deserves his own spin off show. I would watch it. I watch this shit so you know I'm down for whatever. After Pop's funky chicken routine its time to hit the sheets. Just one thing, Bobby Jr. keeps passing gas in the tent. Pop believes that this comes from "all those damn beans" they was eating. I second that motion. . . 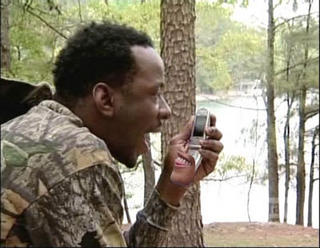 - The next morning Bobby Sr. Receives a phone call from wifey informing him that she is on her way up. The episode has been pretty Whitney-less from this point but the tables are about to turn.

- Whitney arrives and the sweet coo's start to begin almost automatically. If you haven't been keeping up with the Brown's sex life just know that they like to get done. They talk about it almost every two minutes. 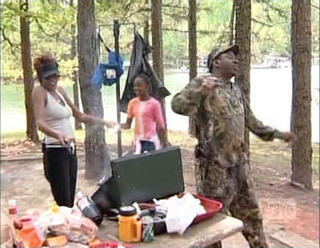 - The execs at Bravo love adding those cooning moments we all have come to hate. Bobby and Whit start to do their own version of Fire by Earth, Wind, and Fire, (water, heart....Captain Planet!). Ignant. 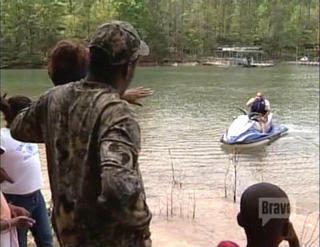 - A few scenes later and we have yet another niggerish confrontation. This time it is with Bob, who is also enjoying the serenity of the lake. Bobby and Whitney tells him that he doesn't know who they are talking to when Bob says something slick. That's right! The angry negro in America rears its ugly head again. 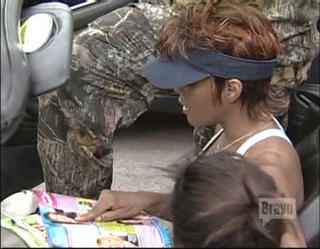 - As always, Whitney starts bitching and decides the trip is over. While waiting on Bobby and crew to finish packing up and out, she cracks the pages on a magazine open. The aforementioned Beyonce gets love from Whitney. She also would like a wedding invitation. Yeah, that would be real interesting. Bobby and Whitney at your damn wedding, right.

A Glimpse Into The Future 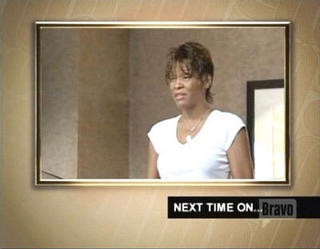