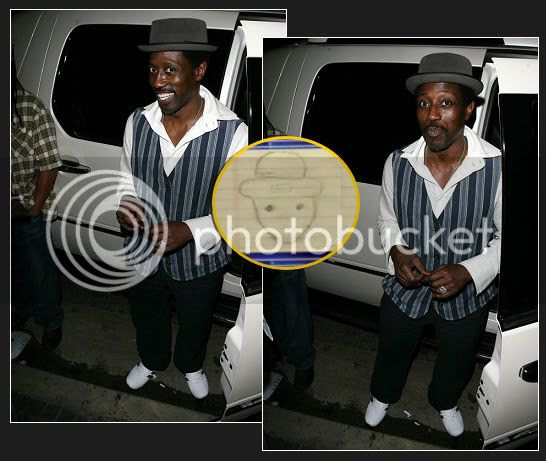 The best candid photo op of Wesley Snipes, ever

Wesley Snipes went on trial on Monday for failing to file U.S. tax returns on tens of millions of dollars in income from 1999 to 2004.

Before court, Snipes appeared at a vigil with the leaders of several predominantly black churches. The pastors followed Snipes to the courthouse and continued to watch when jury selection began.

For this fuckery, I have no words. Don't go bringing God into this! If it wasn't Passah Kerney Thomas or DMX acting as Wesley's footprints in the sand then I don't really give a good damn. Send his ass to jail!