Your Two Cents Required: Boy Suspended From School Hair Being Too Short 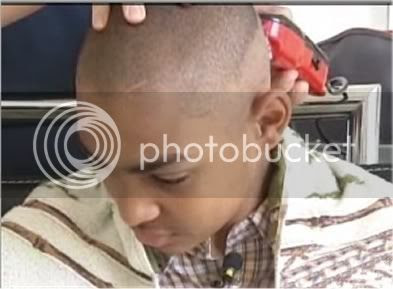 7th grader Derek Jackson says he is back in his normal classes today following his placement in in-school-suspension for having a haircut that was too short; something the school says was both a violation of the school dress-code and a distraction.

Derek's mother, Amanda, says she met with Bailey Middle School Principal Dr. Julia Fletcher, and Dr. Fletcher told her that the issue was "not worth the fight".

Leaders of Austin's NAACP are convinced the suspension of Derek Jackson is racially motivated. Nelson Linder with the NAACP says there's no other reason he can think of why a 7th grader would get in-school suspension for having hair that's too short.

"We think that Derek is just a metaphor for how people are treated," he said. "For whatever reason, African-Americans are put under very high scrutiny...gang issues, all kind of what I call 'racist projections'. So I think when a black kid has a haircut that they might think is inappropriate, you're seeing phobias from people. (source)