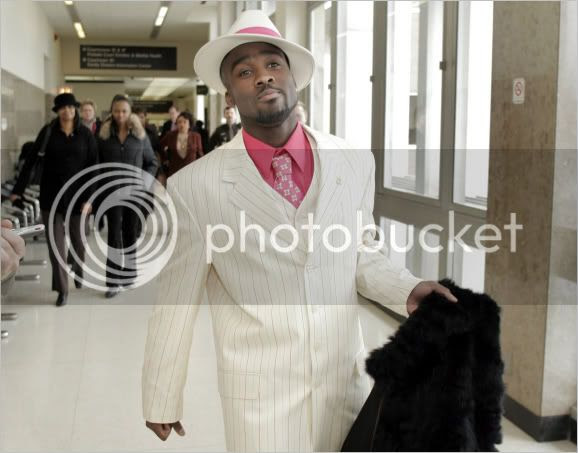 No, this isn't an NBA player who just beat a paternity case.

Nathaniel Abraham, who shot and killed a man when he was 11 and was convicted of murder at 13, is close to tasting freedom.

Abraham appeared Thursday for his final review hearing and was to be released from state supervision by Friday - his 21st birthday. "I'm going to make the best of it," Abraham told the court of his future.

Abraham has been living in a halfway house in Bay City, 70 miles north of his family in Pontiac. It was there where he was convicted of second-degree murder in the 1997 death of 18-year-old Ronnie Lee Greene outside a convenience store. Though convicted as an adult, Abraham was sentenced as a juvenile by Oakland County Probate Judge Eugene Moore.

Abraham was the first young person charged with murder to be prosecuted under a 1997 Michigan law that allowed adult prosecutions of children of any age in a serious felony case. (source)

You just know dude will be down at the court house talking shit to the guards while he was being processed out. Talking about "watch out for them gators 'cause they shol bite! Plus they more expensive than you."

We should all get together and pitch in to buy him something classy for his welcome home party. I think a velvet black panther blacklight poster should suffice. Simply exquisite! More pictures of young pimpin' under the cut. 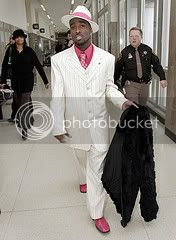 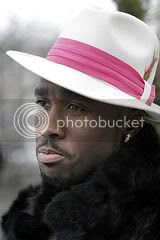