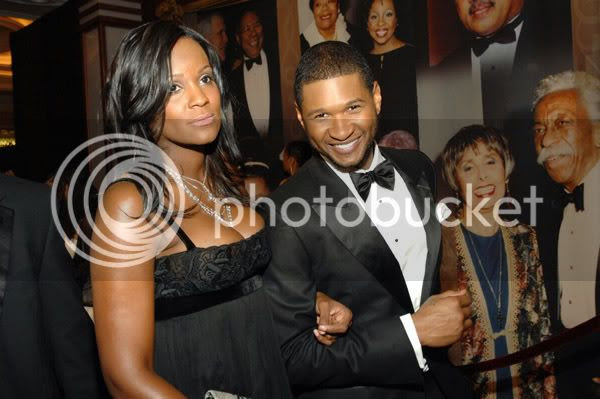 Last week a representative for Usher confirmed that he is indeed engaged to marry his longtime girlfriend wardrobe stylist Tameka Foster. Yeah, wowzers.

Earlier today rumors that the bride to be was knocked up begin to circulate. Some people are claiming that Usher is the father while others insist that Tameka's ex-husband Ryan Glover is the proud papa. I'm just sitting back and enjoying the action from the bench.

I believe I speak for the masses when I say who gives a damn either way?! What we all should be giving attention to is the fact that a man impregnated another man. Holy hot dog water Batman! Now that shit is buzz worthy. This? Not so much.

I joke I joke, I kid I kid. Tameka is a beautiful woman and I'm genuinely happy for the couple. But seriously, shoot me an email when things get on the Birkhead-Stern level. Then I may act interested and that's pushing it.