Clive Davis has confirmed that Whitney is back in the studio working on tracks for a new comeback album. I'm really cheering for her. 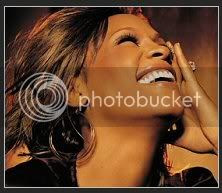 J Records founder Clive Davis, the man responsible for signing a teenaged Whitney Houston to his former label Arista Records in 1983, tells MTV that he and the troubled singer are currently working on songs for a new comeback album.

Davis says they've already chosen six tunes that she'll record, yet warns against fans having unrealistic expectations about the album’s music production and lyrics, the latter of which will likely avoid mention of her recent challenges.

"Whitney doesn't write," Davis told MTV. "It's a gift -- you either got it or you don't. I've seen more artists lose a career over trying to do that. Ella Fitzgerald didn't write. Lena Horne didn't write. Whitney is Whitney, and there ain't nobody like her. It'll be Whitney. It won't be somebody reaching for a current trend, that's for sure." (source)

"It won't be somebody reaching for a current trend, that's for sure." Say that shit Clive! The day I hear Nippy sing over the instrumental for "Snap Ya Fingers" is the same day I turn in my Stan card.