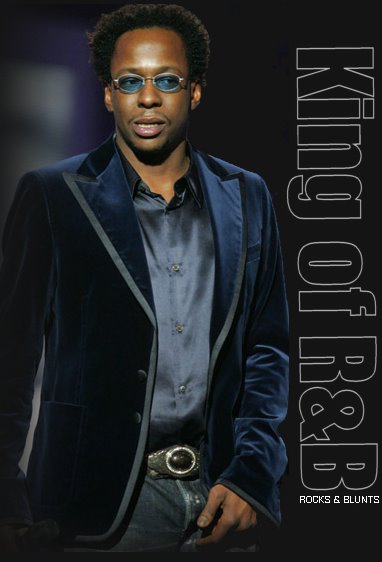 - To say that the Big in 05 Awards was a disappointment would be a compliment. Over the past couple months we all have come to expect the worst for award show ceremonies. From Fat Joe/G-Unit's certified sissy fight at the VMA's to BET's never ending coon spectacle, this year's award show season has left a taste in our mouth as bitter as Bobby Brown's feets (feets!). On the other hand I've grown a penchant for beautiful train wrecks. So yes I tuned in to see B. Brown make a mockery out of himself. So the fuck what? I'll post some pictures from the show later.

All hope wasn't lost this past Sunday night however. 'The Boondocks' came to the rescue during Adult Swim thank heavens. This week's episode wasn't my absolute favorite but it did include a big "did you hear that shit?" moment. A line from the ghetto classic 'Meance II Society' was dropped if you paid close attention. Anybody else hear it?
- Beyonce brought the usually reserved crowd in Washington to their feet Sunday night as she paid tribute to Tina Turner who was one of five recipients of this year's Kennedy Center Honors. As one half of Bey-Z strutted across the stage performing Tina's 1971 hit single 'Proud Mary' sporting a gown once owned by the singer the crowd which included conservative politicians, musicians, and actors groove to the music. The Kennedy Center Honors will be air on December 27 on CBS. You can check the rest of the mess out at Getty.

- 2005 must be the year of the bad cover. Is it just me or does Jay look constipated again?

- While you are in the clicking mood go see your girl at work. I guess you can say that I'm moving on up in the world.