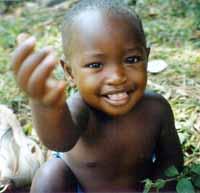 Like most of the masses I thought that Live 8 would be a concert in which the proceeds would be used to alleviate poverty in Africa. And you know Fresh loves the kids so I thought it was a wonderful idea. There's just one thing, the marathon concert is only to raise awareness and not money. If awareness is what they're trying to raise they could've atleast played all the shows in Africa . . .
"This is not Live Aid 2. These concerts are the start point for The Long Walk To Justice, the one way we can all make our voices heard in unison. This is without doubt a moment in history where ordinary people can grasp the chance to achieve something truly monumental and demand from the 8 world leaders at G8 an end to poverty. The G8 leaders have it within their power to alter history. They will only have the will to do so if tens of thousands of people show them that enough is enough. By doubling aid, fully cancelling debt, and delivering trade justice for Africa, the G8 could change the future for millions of men, women and children."
- Live 8 Website

What the hell? I hope that some of the performers come out of their pockets or something and get a collection plate going on. Some of the people who attended the concert could've brought a damn $1. That would've been better than nothing you know. Good grief. The concert has become the celeb "thing" to do in my opinion. Madonna signs up, then Destiny's Child. They sign up, Kanye wants a piece and so on and so fourth. Booo to them if thats real sole reason.
Live 8 = Free Publicity
Props to Angelina Jolie, Radiohead, Bam Margera, Outkast, Bjork, Kanye West, Serena Williams, Trent Reznor, Beastie Boys, System of a Down, Nelly, Ciara, Red Hot Chili Peppers, David Banner, Sum 41, Foo Fighters and John Legend for donating to the Waxploitation Sudan Charity Auction on Ebay.