Something In The Milk Ain't Clean 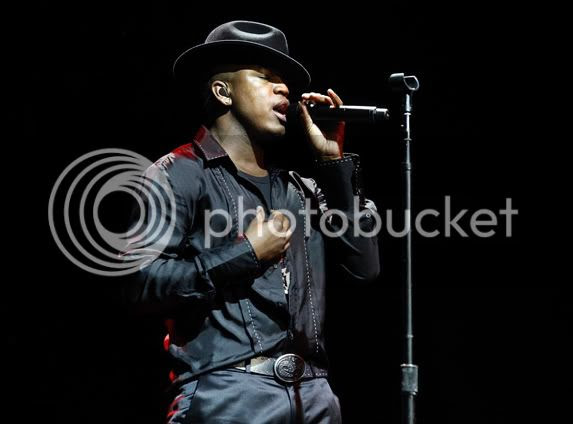 'Cause it got piss in it.

According to a statement released by Go-Go's publicist this morning the singer/songwriter has been booted from from R.Kelly's tour. You jealous Robert?

Yesterday, Shaffer Smith aka Ne-Yo was informed that he was being dropped from the rest of the R Kelly tour after delivering two sensational performances. Entertainment reporters, music critics, bloggers, fans, and concert goers all agreed that Ne-Yo's performances brought the heat; but maybe it brought too much heat.

"He's written hit songs for Beyonce "Irreplaceable" and Rihanna "Unfaithful" (spending a combined 19 weeks at #1 on the Hot 100), said Tango, Ne-Yo's business partner and manager. He's written songs slated to be on Whitney Houston, Celine Dion, Lionel Richie, and Enrique Iglesias' new albums. In a recent article in Ebony Magazine, the king of pop, Michael Jackson, referred to him as one of the artists that impresses him most. The fans were really feeling his performances. He's good; maybe he's too good – that's the problem."

It seems like déjà vu – didn't R Kelly have drama on his last tour. R Kelly's camp sited the lack of a signed contract as the reason for removing Ne-Yo from the line up.

"I don't understand their actions because I was rehearsing, doing media, promoting the tour, and performing, said Ne-Yo. In my opinion, I was doing everything possible to make the tour a success. I love being on stage in front of fans because of the immediate feedback you get. You know right away if they are feeling you; and they were really feeling our show."

Ne-Yo expressed genuine concern regarding not having the opportunity to complete the tour. He wanted all of his fans and supporters to be able to see him live. "To my fans and ticket holders – I apologize if you are disappointed."

Every review I have read about the tour so far has said that Go-Go did his thing. This should give you even more reason to side-eye Kellz, folks.