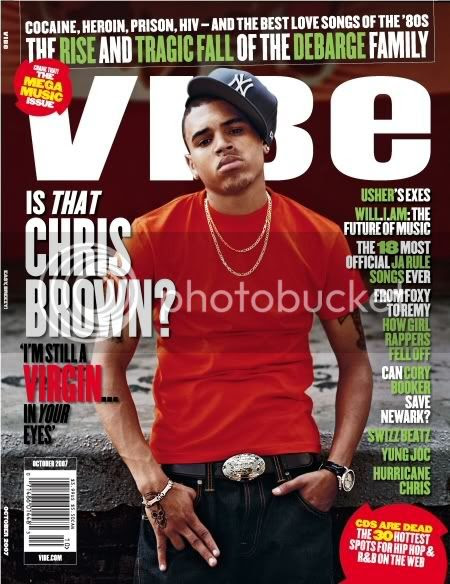 In an exclusive interview in the upcoming October edition of VIBE, cover boy Chris Brown runs over his rumored infatuation with Ciara, and addresses the new mature sound on his sophomore album, Exclusive. Dubbed the “Mega Music Issue”, the magazine features interviews with Eve, Kat DeLuna and Black Eyed Peas’ will.i.am, who shares his idea to revive the music industry. Newark, New Jersey mayor, Cory Booker, now governing the city after the tragic schoolyard shooting, is also profiled. The issue hits newsstands on September 11.

Forget Chris Breezy, I want to read about the Debarge family. They have more drama than a season of 'Meerkat Manor.' Yo, don't sleep on the Animal Planet . Polow's family is bananas.