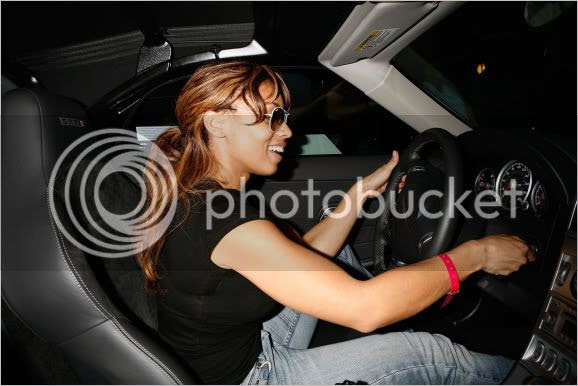 Earlier this month I wrote about The Game's record "Wouldn't Get Far" where his name drops a couple of well known video vixens. Vida Guerra and Melyssa Ford have both answered back. Here's what Melyssa had to say to mtv.com:

"I'm treating it like a spoof; it has nothing to do with me," she said last week in Atlanta on the BET Hip-Hop Awards red carpet. "I don't drive a Honda Accord, I drive a [Mercedes-Benz] S550. Everybody else thinks it's a big deal. I have no idea what the fuss is about."

So Melyssa is rolling in a S550, ay? That's cool. But why didn't she also address the "behind closed doors, she'll do whatever it takes to get to the Grammy Awards" line? I know that would've been the first thing on my agenda. Bitch is clearly worried about the wrong thing. I'm just saying. . .