I apologize for not having this information available earlier but I was waiting to receive some type of official statement from the family (which I later did) regarding her passing. 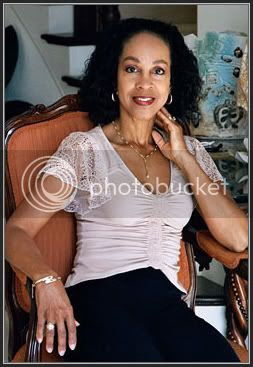 Bebe Moore Campbell, who penned several best-sellers including Brothers and Sisters and What You Owe Me as well as articles for The New York Times and The Washington Post, died Monday. She was 56.

Campbell died at home in Los Angeles from complications due to brain cancer, said publicist Linda Wharton Boyd. She was diagnosed with the disease in February.

"My wife was a phenomenal woman who did it her way," husband Ellis Gordon Jr. said in a statement. "She loved her family and her career as a writer.

Her books, most of which were fiction based on real-life stories, touched on racial and social divides while including the perspective of many ethnic groups.

One of her first novels, Your Blues Ain't Like Mine, was published in 1992 and spanned a 40-year period dealing with prejudice in the United States. The book earned her an NAACP Image Award for literature.

She followed the book with Brothers and Sisters, which focused on race relations in the corporate world after the 1992 Los Angeles riot.

Among her other novels were Singing in the Comeback Choir, What You Owe Me and 72 Hour Hold, the latter dealing with a mother coping with her daughter's bipolar disorder. (source)