Diddy Tapped To Host, Kanye To Perform A New Single From Late Menustration, and Lil' Jon Scores At The VMA's


Missy Elliott, Kanye West, John Legend and Ciara were all nominated for multiple awards at the 2005 MTV Video Music Awards. The 22nd annual awards show is being held in Miami, Florida for the second year in a row, and will be hosted by Sean "P. Diddy" Combs. Kanye West is also slated to perform a new single from his highly anticipated sophomore album Late Registration.

It was also announced that this year will be the first year that the VMAs will be scored with original music composed by Lil Jon and producer Mike Shinoda, of 3-time VMA winner Linkin Park. "Every year we have to out do ourselves and this year is no exception - the VMAs will be experienced in more places and on more platforms than ever before in our history," said Christina Norman, President of MTV said in a statement. "Between Diddy, who is the ultimate showman & entertainer, and the diverse roster of performers already locked in, this show is already shaping up to be an unforgettable end of summer bash." 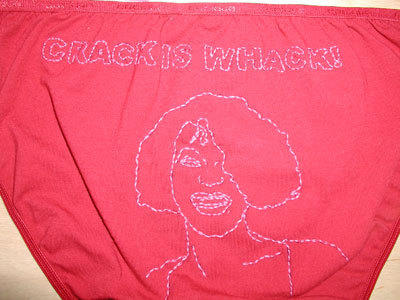 - Yes, that is a pair of draws with the infamous "crack is wack" one-liner. Who wants a pair?

- For only $2.49 you can whoop that trick everytime he/she calls your phone.

- Finally I would like to say that this is white trash at its finest. 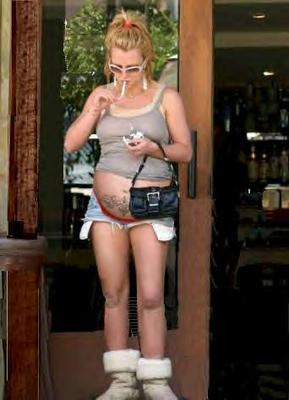 I hope this shit ain't real.